Home » dating after divorce » What Do Men Want? (The secret to attracting an alpha male)

What Do Men Want? (The secret to attracting an alpha male) 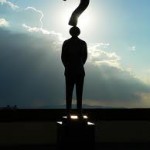 Are you tired of men who disappear after a phone call, an email, a first date? Are you scratching your head, wondering what happened? Did you say or do something to offend him? You probably have no clue. I get it. I have had the same experience with men. Sometimes it feels as if we are not even members of the same species. Men are so hard to understand, right? Nope. Would you like to get inside the minds of men and find out the secrets to attracting lasting love with a great guy? I’m about to share one of the most important secrets that will transform your dating success.

So, you want to be more successful at dating? You might be looking for the wrong kind of guy. Stop dating yourself. That’s right, most successful women want to date a version of themselves. This is one of the number one reasons that women stay single.

Believe me, you don’t want to date your clone. You’d quickly grow tired of someone who’s just like you.

It’s not surprising that alpha males list the following professions as ideal for a spouse: a nurse or a kindergarten teacher. How’s that for the 21st century?

I don’t take this literally, though. I do believe that an alpha male is ultimately seeking someone nurturing, easygoing, and loving, which is what those professions represent.

So, step back and take a realistic look at who you’ve been attracted to and ask yourself if those men are really the best match for you. Are you still in a relationship with any of them now? That says something. Seek out men who are less your clone and more your compliment.

Bring your most loving character traits to a date. I’m not asking you to repress your intelligence or never express your wonderful opinions. That part of you is attractive, too.

Just don’t lead with arguments. If you get into a tiff with your date and need to prove that you’re right and he’s wrong, he will probably find it exhausting. He might enjoy sparring with you, but he may never call you back. Because that’s not what makes him want to date you. It’s what makes him want to hire you.

So, lead with your feminine charms and slowly ease him into the other facets of your personality. Once he falls for you, he’ll be attracted to all of you.