Home » dating after divorce » What Makes a Man Over Fifty Sexy?

What Makes a Man Over Fifty Sexy?

Posted by Sandy Weiner in dating after divorce, love after 40, self-esteem in dating | 2 comments 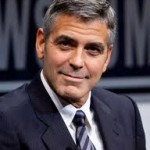 When I was in my twenties, I couldn’t imagine associating the word ‘sexy’ with anyone over thirty. Over fifty? Gross! My perspective certainly has shifted now that I’m in my fifties and dating again after my divorce. I feel sexier and happier than ever before. And I have dated many men who are quite sexy into their fifties and sixties. They certainly don’t need to look like George Clooney, who comes up as the sexiest man over fifty in a Google search. What makes men over fifty sexy?

1. Confidence, confidence, confidence! I believe that the number one quality that makes a man sexy at any age is self-confidence. A man over fifty has lived a good chunk of his life. If it’s been a good life and he knows himself well, he is much more sexy. He shows it in the way he dresses and moves, the way he sits and the way he talks. His body language says, “I’m happy with who I am.” He smiles easily. And that ease and comfort make him über sexy!

2. Brains. I find it sexy when a man is smart, has strong opinions and is not afraid to express them. But it’s not a one-sided conversation. He also wants to hear what you have to say. I’m not impressed by how many degrees he has or what Ivy League college he attended. He’s street smart, has common sense and a never-ending thirst for knowledge.  It’s a bonus if he writes well, especially when he writes me a sexy/romantic email!

3. Boldness. I find it sexy when a man is not afraid to be bold, to take charge, to make plans, in short, to be ‘manly’. This guy tells you how he experiences you. There’s no guessing. He tells you that he finds you to be the whole package; sexy, smart, pretty, inspiring. When you’re out together in public, he’ll whisper in your ear what he wants to do to you later. That’s a turn on! He’ll grab you and kiss you in public, openly displaying his desire for you. Conversely, if a man leaves it up to me to decide whether I want to pursue him, which several men have done, I am immediately turned off. I don’t want to play games, but I also crave the old -fashioned man who likes to hunt in the relationship. The feminist movement has done wonders in the workplace for women, but it’s also messed with romance. Give me a take-charge guy any day over one who’s passive. That’s sexy!

4. Passion. Whether it’s about his work or his life, a man with passion is a big turn-on. Over the age of fifty, some men have kind of given up on life. They’re tired, and they are looking forward to retiring and doing very little for the rest of their lives. Shoot me! I’d rather be alone for the rest of my life than be with a man who has no passion or vitality. I love a man who’s excited about life and all the possibilities for a bright and exciting future, even if he does retire. For me, there is a sexiness to living a full, passionate life. Bring it!

5. Fun. Girls just want to have fun. At least this girl does! Being playful brings out the teenager in both of us, which makes our relationship alive and sexy. Remember the hormones that raged in your teens? They come rushing back when you can access that carefree, fun, puppy love aspect to your relationship. And that’s sexy.

6. Kindness and a good heart. Ultimately, all the sexy qualities in a guy don’t mean anything if the man doesn’t have integrity. A man I once dated described himself as a Tootsie Roll pop ~ hard on the outside, soft on the inside. I loved that analogy. I am looking for just that, a macho take charge guy who has a soft, kind, sweet heart. I love a romantic who isn’t afraid to be vulnerable. Because ultimately, the more open and honest the man, the more loving the relationship will be. And that is so sexy!

What do you think is sexy in a man over fifty? Please share your comments below.