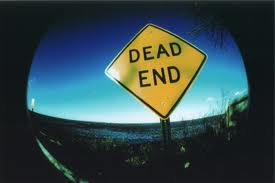 Tired of first dates? Wouldn’t it be great to get to the second date, third date, and perhaps the Holy Grail: the RELATIONSHIP? There are many reasons that first dates don’t progress any further, but let’s say you two seem to be compatible, attracted, and interested in each other, but there’s still no second date. There are things you might be saying and/or doing that ruin your chances of getting to that next date. Read on to learn what they are.

In dating coach Rachel Greenwald’s bestselling book, Have Him at Hello: confessions from 1,000 guys about what makes them fall in love … or never call back, she outlines the top reasons why guys don’t call back after a first date. Here they are…

1. You’re too bossy. If you’re a successful, powerful woman at work, tone it down on a date. You want a man to want to date you, not hire you. Men consistently reported being turned off by women who came across as too dominant. Ladies, as primitive as it may seem, men still traditionally enjoy the hunt. That doesn’t mean changing who you are to be with a man. It means get in touch with your feminine side. That’s attractive to men.

2. The dating blahs. You enjoyed each other’s company, but it was not that special. This can happen for any number of reasons; you’re a jaded dater (or he is) having gone on one too many first dates, you might be quick to pre-judge a person based on a first impression. You might be wrong. You can also show your lack of enthusiasm in the clothes you wear on the date. Have you ever been on a date with a guy who came in sweats? The outfit can immediately set the tone as ‘this guy doesn’t really care’. Another reason for the blahs: not contributing any new ideas to the conversation. Don’t be afraid to assert your opinions on a first date. Show your personality. You get this one chance to make a good impression. Make it work!

3. Deceptive advertising. The person’s profile doesn’t match the person. This happens a lot in online dating. People lie about their weight, post photos that are ten years old, etc. Surprisingly, more often than not, men did not complain about false photos as much as something misleading that a woman said before they met. Perhaps she made a statement that was vague, or he had false expectations of her based on something she said before the date. What’s going on here? You hear what you want to hear, and people’s hopes and dreams swell their expectations prematurely. You’ll do best on the first date if you are a little better rather than a little worse than he expected.

4. Too high maintenance: You come across as someone who is exceedingly picky and very interested in material things. He perceives you as superficial. He thinks he will have to take care of you financially and emotionally, and that can feel like overload. Even if he has the means, he can be put off by this princess mentality. Men want to be appreciated for who they are. So do women. So, if material things are important to you, that’s fine. But make sure it’s tempered by your good character, your sense of appreciation. That’s ultimately what matters most.

5. On a mission: Are you coming across like you’re on a mission to: get married, have a child, get a boyfriend? You may be focused on paring down your eligible prospects, but if you come off as if you’re interviewing someone to fill any of the aforementioned positions, a guy can be put off. He may feel as if you are evaluating him for the role of your future husband or the father of your children. It’s great to know what you want, but hold back on the intensity. If it feels like there’s potential for a future together, take your time to get to know him. Otherwise, you might push a great guy away.

I hope these tips were helpful. If you have any to share, I’d love to hear your comments.