What To Do When Your Ex Wants You Back

Posted by Sandy Weiner in breaking up with grace, online dating after 40, single women over 40 | 0 comments 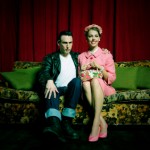 Nancy dated Tod for 6 months. For about five of those months, things were going really well. By month six, Nancy realized that while Tod was a great guy, he wasn’t the right one for her. There were some key areas of incompatibility, so she broke up with Tod. He was devastated, shocked, didn’t see it coming, even though Nancy had discussed the issues with Tod many times. He wrote Nancy long letters, professing his undying love for her. He began to text her every day, begging for a chance to get back together. The obsession with Nancy had the opposite effect than the one Tod intended, of course. Nancy could not have been more repelled. But she didn’t know how to get Tod to stop. What should you do when your ex wants you back?

Has this ever happened to you? Many of my clients have experienced bad breakups, where their ex has continued to stalk them in some way, be it through emails, texts, phone calls, or just showing up at the door. It can be annoying and sometimes scary.

It can also make you doubt yourself about your decision to break up in the first place, especially if your ex is a good writer, one that can spin it to sound like you are flawed for breaking up with him.

Here are a few good tips on how to handle the ex that won’t stop.

What to do when your ex wants you back:

1. Be firm and clear when you break up. If you’re wishy washy, he won’t get the message. Don’t say, “I need some time to think this through” if you really mean “There’s no way I can be with this guy”. Instead, you can say something like, “Tod, I really wanted this to work, but I have come to realize that we can’t be together anymore.” And be ready to walk away.

2. If he stalks you, repeat your message. For instance, if he’s texting ten times a day, text him once to tell him to stop sending texts. Your text should be clear. “This is the last txt I am sending you. If you continue to bother me, I will ____________ (fill in with whatever you are willing to do).”

3. Unfriend, stop following on Twitter, delete phone numbers, etc. Disconnect on all fronts. He might be stalking you on Facebook or Twitter. If you’re dating online, you can block him from viewing your profile.

4.  Rinse and repeat. When a person is irrational, you sometimes have to keep repeating your message. If it gets serious, call the police. But it usually doesn’t escalate to that point.

The more clear you are throughout your relationship, the more clear and clean your breakup will be. Practice honest, bottom-line, clear communication with the next person you date, and you should have less problems in the aftermath of the relationship.