Home » dating a dangerous man » Why Do Men Disappear After a Hook-Up?

Why Do Men Disappear After a Hook-Up?

Posted by Sandy Weiner in dating a dangerous man, love after 40 | 0 comments 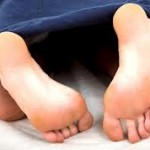 I ran into an old friend at a Cinco de Mayo party and we had a great time. After that night, we would get together every weekend, as friends, with other friends to watch hockey or just have dinner. After a month of us building our friendship, he expressed that he had feelings for me and didn’t understand how we never got together considering we have so much in common. We went out for drinks on two separate occasions and had a really great time, but I was a little reluctant because I have commitment issues (I was in a bad relationship and got burned pretty bad). I realized he was really falling for me and my feelings weren’t as strong, so our short-lived relationship dwindled. Months down the line, to present time, I reached out to him regarding hurrican sandy. We live in Staten Island and got hit really bad. I wanted to make sure he and his family were ok. We started talking via text and decided this past weekend to meet up for drinks. I went to the bar and we hung out, had great laughs and he snuck in a kiss. After the bar, we went back to his apartment because he wanted to talk. He told me that he really really liked me and I told him that I liked him, too. Then he told me, “But I have to be honest, I am seeing someone, and this stinks because I don’t know what  you expected me to do. I really like you.” I told him I have feelings for him too (I’m ready to commit now) and I do really like him.

We hooked up and I was there all night. He told me he is looking to settle down, no more pointless hook-ups. I told him I felt the same way. That morning after I left his apartment I decided to put how I felt out there. I sent him a text saying “I’m going to plant this seed now. What happens with us? I know you said you were seeing someone but we had an amazing night together. Do we take this as just that or do you want to take that step and see how awesome we can be together?” Then I said I know it’s a lot right now and I dont want you to be overwhelmed but let’s talk. He has yet to respond to me. I sent him that text yesterday morning. What do I do from here and what is your input on the situation?

Why do men disappear? Looks like a case of the hunt and conquest being more important than the relationship.

I’ll sum up how I see your story:

What went wrong?
The reason I simplified your story into bullet points was so you’d see the plain facts, not the emotional remake that might be taking place in your mind.
D, the guy told you he was seeing someone else. That’s a giant red flag waving in your face. It’s like saying “I am not emotionally available to be in a relationship with you. I just want to hook up with you because I think you’re hot.”
Don’t confuse desire with commitment. Don’t pay attention to his words, ‘he is looking to settle down, no more pointless hook-ups’, when he is contradicting himself by his actions.

Why do men disappear? Don’t give up the goods to a guy who just told you he’s in another relationship.

Plus, he’s cheating on her to be with you. Is that the kind of guy you want to date? I hope not.

Why do men disappear after a hook-up? Because guys like the one you hooked up with just want to get into your pants. Conquest over. Bye bye!

Before you even start dating again, you need a clear understanding of your top 5:

Once you know what values are most important to you in a relationship and your top five deal breakers, you’ll have an easier time discerning who you’ll let into your life.

Remember that you are the queen of you, and no one else gets to decide who you let into the front door of your life.

You could have a big virtual sign across your forehead: No Scumbags Allowed.

Because D, you deserve to be with a man who values you and cherishes you for who you are. Once you begin to date with self respect, you’ll no longer have to ask, “Why do men disappear after a hook-up”.
xoxo
Sandy