Home » dating a dangerous man » Why Do Men Play Games?

Why Do Men Play Games?

Posted by Sandy Weiner in dating a dangerous man, love after 40 | 0 comments 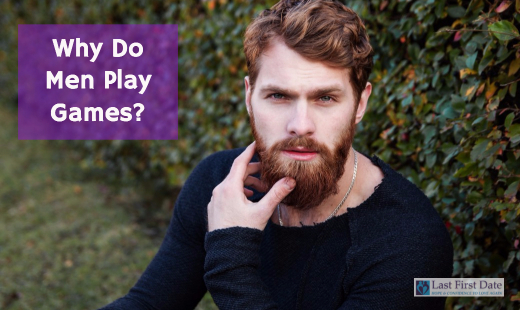 A woman writes in about a man she was dating who was hot and cold. She asks, “Why do men play games?” This is not the question she should be asking…

I just recently dumped a guy I was dating for two months. It seemed he only wanted to see me when it was convenient for him. I met him online and specifically noted in my profile I was not interested in any mind games or game playing. I made it clear in my profile that I was financially secure and was looking for someone interested in friendship with a strong possibility of a long term monogamous relationship.

What’s really interesting in all this is he explained to me it seemed the only women who were contacting him were asking him what type of job he had and how much money he made. I’m 53, and he is 55. He has his own business.

He’s not normally the type of guy I would even go for, but I thought I would step outside my comfort zone.

We would have a great date one night, and the next night he would act very cold. He would say things like, “I really like you a lot”, “I enjoy your company, we have fun together”, “You’re really easy to talk to, it makes it very easy for me to buy you a gift”.  He told me how “hot” I made him.  Then I wouldn’t hear from him for four or five days, and a lot of the time I was reaching out to him via text or phone.

My question is, knowing all this going in, why would he act the way he did? I got tired of it, and I texted him (as he never seemed to want to call me or really spend any time with me), and told him I was getting the hint, I wouldn’t be bothering him anymore.

His response was he didn’t realize he was dropping any hints or clues. My girlfriends say for sure he’ll want to be in touch again, but I don’t want him around. My thought is to ignore him if he does try to touch base again.

Why would a man act the way he did?

Why Do Men Play Games?

You ask why do men play games? This is not the question you should be asking. A better question would be why did you stay with a man who wasn’t emotionally available for a relationship right now? Asking why men play games gives men all the power and makes you a victim. When you discover your share in the relationship, you can change your behavior in the future and attract a quality guy.

He’s a ‘words over actions’ kinda guy. He likes you when he’s with you, but when out of sight, you’re out of his mind. These types of men make you feel amazing, hot, sexy, like you’re a great catch, and it feels so exciting when you’re together.

Anxiety sets in when he’s out of touch for a length of time. You like him, and you’re confused and unhappy. You feel like a yo-yo. He’s into you, he’s out of touch. You start to doubt his feelings for you.

A man who’s relationship-ready shows signs of escalating the relationship: from online dating messaging, to first phone call, to first date, to dating regularly, to being in touch regularly between dates, to an exclusive relationship.

Stop dating men who play games by doing this…

If you don’t see the relationship escalating, and he’s an all words/no follow-through guy, let him go. If he says he’s interested in you, but he doesn’t show it, get curious. Tell him what you’re noticing. Ask him what’s going on for him. Tell him how you feel about it. By sharing what you need, by stating your standards about what a relationship looks like to you, you take back your power.

Remember, in the future, pay attention to how you feel when you’re with a man AND especially when you’re not. It’s less important to know why men play games, and more important to avoid those that do. Consistency is key in attracting a man who is ready for a relationship with you.