Home » self-esteem in dating » You Take Me To Dinner, I’ll Bring You to Therapy (How to stop accepting the unacceptable in a relationship)

You Take Me To Dinner, I’ll Bring You to Therapy (How to stop accepting the unacceptable in a relationship)

Posted by Sandy Weiner in self-esteem in dating, single women over 40 | 0 comments 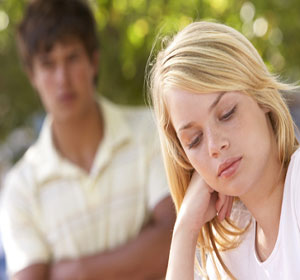 My client Annie has been seeing someone for about six months. If you’re imagining a hot romance, think again. The person she sees once a week is a warm, loving therapist. Ellen is helping Annie get over an abusive ex-boyfriend. Well, boyfriend is a bit of a stretch. Annie may have been in love with him, but Mr. Hot and Cold was not in love with her. He sent her sexy texts, but hardly came to see her. He bought himself $600 suits, but refused to pay for her movie. And Annie kept coming back for more.

They dated on and off for over a year. To complicate matters, they were co-workers. What began as a flirtation on an online dating site, ended up causing Annie considerable emotional damage. Two years later, she’s still ruminating about why he did what he did to her. She spends her evenings stalking his online dating profile. Her anxiety has led to a dependency on sleep medications.

When a person needs to heal from issues of trauma from their past or any form of dysfunction, such as addiction, I recommend that they see a therapist, often while continuing to coach with me. Annie’s addiction to her ex, combined with the negative experiences she’s had with most men in her life, are holding her back from opening her heart to a healthy loving man.

In our last coaching session, we were talking about  how much this guy has cost her, emotionally, physically, and literally, specifically in regard to the high price of therapy and medication for her anxiety, depression, and insomnia.

“If he only knew how much you’ve spent on him!” I said. “All he did was take you to dinner. On second thought, he asked you to split the bill! And now you’re ‘taking’ him to therapy every week. Think about it; isn’t he in the room with us right now? How much more time and money do you want to spend on him?”

I understand Annie’s addiction because I’ve been where she is now. I attracted a number of men into my life who treated me poorly. Men with whom I felt insecure and unsure of where I stood in the relationship.

‘Don’, came into my life when I was very vulnerable, when my marriage was nearing its end. We played guitar together, went for long walks, shared our deepest secrets. I was convinced he was my soul mate. I believed all his sad stories about how he didn’t love his wife, but could never leave her. She didn’t understand him like I did. Yada yada yada.

Luckily, I had the good sense to stop it before it became an affair. With therapy and journaling, I slowly worked through my addiction to Don. The turning point for me came when a good friend interrupted my obsessive chatter. “Enough already!” she said. “You need to stop!” While it stung in the moment, I now thank her for that wake up call.

If you’re feeling unclear about where you stand and how much your man values you, he is not your boyfriend. He’s a player, and your life is better off without him. No matter how great the chemistry is, no matter how mind-blowing the sex is, even if you’re in love with him, the bottom line is that this man is toxic. You have one choice as far as I’m concerned: leave him and find someone who values you more.

Men will only treat you badly if you allow it. If you stop tolerating abuse, you’ll begin to attract better men into your life.

Next time you’re in a relationship, think about the price you might be paying to stay. Sure, he may be treating you to dinners now, but do you want to pay the high price of working out your boyfriend issues in therapy later? Will you leave now to make room for someone who values you? Do you want to be with a man who makes you feel loved, or do you want to keep guessing, worrying, and feeling insecure?

You might not be as lucky as I was and have a friend courageous enough to tell you the truth. As your dating coach, I can be that voice of tough love. I can be the one who says, “Enough already!” And I can teach you the skills you need to choose the man you deserve.