Home » self-esteem in dating » Your Self-Esteem: You are more important than you realize

Your Self-Esteem: You are more important than you realize 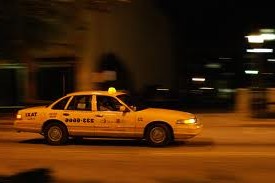 The following story was posted on my Facebook wall this morning. The message was so moving, I had to share it. Not sure who the author is, but it was on this page: Hidden Feelings. The premise, that you are more important than you may realize is so crucial to having a good sense of self, which is the first building block to attracting lasting love into your life.

The story reminded me of one in my own life. My first son, Avi, was born with a rare genetic disease, which resulted in many physical challenges. He attended a pre-school about a half-hour bus ride from home.

When he suddenly passed away at the age of five from a brain tumor, one of the most beautiful letters we received was from his bus monitor. I paraphrase what she wrote, “I used to think I was just a lowly bus monitor. But seeing Avi’s joyful face every morning and knowing that I played a role in his happiness every day, gave me a strong sense of fulfillment. I now know that my job is really important and will never again think it’s insignificant.”

I hope you realize that you are a special person with unique ways to contribute to the world.

Please let me know what you think of this story.